Hybrid apps are becoming more common these days, and they could be the perfect solution for your mobile app development needs. 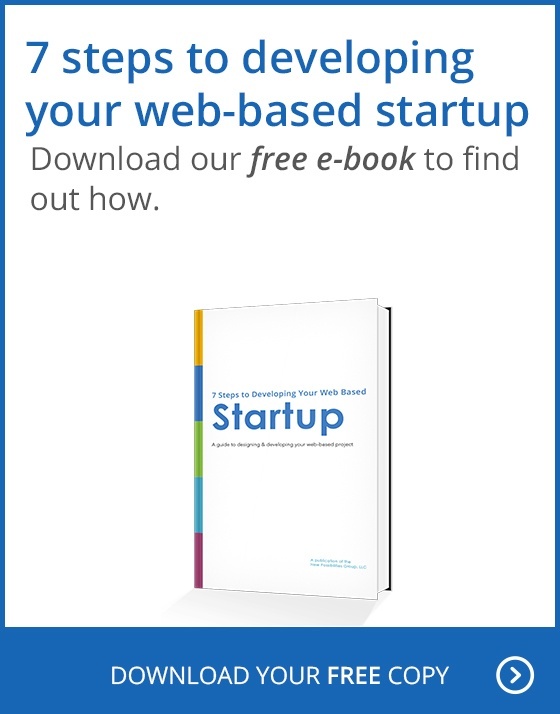 If you're planning to dive into mobile app development this year, you should probably be aware of hybrid apps. Whether you're looking to update your existing app or create a new mobile presence for your business, these types of apps offer a unique opportunity to customize your app more than a native app (such as an iPhone or Android app) ever could.

Hybrid apps sound complicated, I know. But they're quite the opposite, and when developed correctly, they can significantly help your business reach its online goals. And that's the reason that many “2016 mobile trends” articles (check this or this article) have pointed toward this being the year that hybrid apps break through.

So should your app be developed natively or in a hybrid format? And what does that even mean?

What is a Hybrid App?

Especially if you are not involved deeply in mobile app development, the term “hybrid app” may not mean much to you. So we'll begin with a definition. A hybrid app is “a web app, primarily built using HTML5 and JavaScript, that is then wrapped inside a thin native container that provides access to native platform features.”

If that's even more confusing than hybrid app, consider this explanation: iOS and Android apps are considered “native” apps and are able to take advantage of the many development features provided by Apple and Google for their app systems. Native apps are the ones you download on your mobile device's app store.

Web apps, on the other hand, are apps that are essentially interactive browser pages. They are accessible from your browser, built using web development languages like HTML, CSS, and Java.

Hybrid apps, then, are a combination of the two. By combining both types of app, they aim to provide users with the best of both worlds.

For many hybrid apps, combining both app types comes with significant advantages. The “native container” in the definition above means that they're available in your local app store, significantly increasing their reach. At the same time, they are available on a broader range of devices and are not bound to a specific mobile OS and its app store.

In addition, hybrid apps can take advantage of features that some native apps can't. Access to your device's camera or contacts is often restricted to mobile browsers, but because web and hybrid apps function more than a web page than an app on the backend, they can access these features when their native alternatives are unable to.

Finally, and perhaps most importantly, hybrid apps don't “feel” any different than their native counterparts to end users. The distinction is clearly restricted to the development process and code behind the experience, which means you won't have to worry about hijacking user experience for the sake of added features.

Of course, not all is sunshine with hybrid apps. In some situations, native apps remain your best choice when developing your mobile presence.

In addition, one area in which hybrid apps can significantly lag behind mobile apps is graphic performance. Due to their reliance on HTML and CSS, they cannot store the large graphic files often needed for apps like games and other visual experiences. In that case, a native app is definitely the better choice.

So which of these types of app is best for you? In the end, it depends on your unique needs. Both hybrid and native apps bring with them unique advantages for your mobile presence, and having the choice in the first place means you have a greater chance of developing a successful app for your business.

If you do need help choosing the right format for your needs, contact us! We'd love to talk you through your options to make sure your mobile presence lives up to and beyond expectations.