WordPress 5.0: What You Need to Know New Possibilities Group, LLC1033 Route 46 East, Suite 107 Clifton, NJ 07013WordPress 5.0 is nearing release. Find out everything you need to know about this upgrade in this post.

WordPress 5.0: What You Need to Know

It’s taken years, but WordPress 5.0 is almost upon us. The community that maintains the WordPress project has released 3 beta versions already, and the final release candidate has been scheduled for release on November 27th. It’s entirely possible that the release will be delayed, as it has been previously delayed multiple times. Despite that, everyone should be in the midst of preparation as one way or another, as it will be made available very soon and everyone with an active web presence will want to be upgrading at some point in the future.

What does this mean for you? If your site runs WordPress, you need to start to do some research on the differences between WordPress 5 and the 4.x release, and how that will affect the way you manage your website and content. For the most part, the community has made deep considerations with regards to backward compatibility, such that we believe for the majority of users upgrading should be a smooth experience. However, this isn’t always the case, and especially in instances where heavy customization has been implemented, users should tread carefully around this update. More on that in a bit, but to get started, let’s dig in with a brief overview of what is new in WordPress 5.0.

Overall, the iteration from one version to another of any software often means that something major is being introduced. Indeed, the jump to WordPress 5.0 is significant in that the community has finally taken strides to amend the editing experience around posts and pages. The major change is via the introduction of a new editor, which the community has named “Gutenberg”, in homage to the printing press that revolutionized content creation in 15th century Germany.

Gutenberg is a monumental jump for the WordPress editor. It now allows more of a live-preview experience along with the idea of being a block-based system. This means you can assemble, arrange and edit blocks of content in a live preview format. For many web editors, this is monumental as the web has for decades baffled content creators with its many idiosyncrasies – managing web content has always been a challenge as content isn’t just content – its content within code, which controls and renders the display. No one has cracked this gap in the medium – merging the skill of content creation and editing with technical ability - and Gutenberg is WordPress’ attempt at solving the conundrum.

For the most part, it does a decent job. The new editor definitely makes it easier to manage content blocks, and it for sure can give other established services such as SquareSpace a run for its money. However, it does fall short in some particular ways. First, it really is a content publishing tool. This means that those who are running publications will do great with this system. If you are powering a newspaper, magazine, or some news destination site, you’ll find these tools very compelling. However, so many marketers rely on WordPress to build out informational sites with heavy conversion requirements. They will not find as much value to this tool, in that while it’s a block-based editor, it isn’t what I’d call a “modular” editor. In fact, it falls short of being what I would call a landing page editor or tool of interest for the majority of marketers we work with. In a way, it’s like the community is paying homage to its roots as a pure publishing tool and thumbing its nose at those who have taken WordPress to places it wasn’t ever meant to go – but – I digress…!

Gutenberg is by far the largest and most controversial new feature in WordPress 5.0, with the list of additional improvements being marginal, at best. Some other areas where there will be changes include:

As I said, the bulk of this update is wrapped around the editor, with any other improvements being of a tertiary nature. The community is trying to hype some smaller features to make the new version seem even more compelling – one feature that has people excited is the ability to crop background images. But in reality, that isn’t something anyone should be overly exuberant about, as other platforms already had such a capability for quite some time.

What Does This All Mean?

At a top level, this means that the community is changing in response to a variety of external factors. I feel that 5.0 is a very defensive update, more crafted in response to other product offerings and other open-source projects as opposed to something that is redefining how web content is managed. WordPress 5.0 in many ways doubles down on the fact that WordPress is a Web CMS – they are not pushing forward a narrative of being a true content-first CMS with this update. This is all fine and good, especially considering that the majority of WordPress users are web-only anyway. But again, I think this makes it harder for people to continue selling WordPress as a solution to all sorts of problems – which I believe has been a disservice to many who thought it was a one-stop solution to even the most unique use cases.

For you, this all means that an upgrade is coming, and over time you will have to adapt. So first, let me assuage some fears. For those of you that are in love with the classic editor – do not lose any sleep. The classic editor will be available for use – but as a plugin. This means you can install the plug-in and continue to administrate your site as you already have for years. But, beware: the community has already said that the classic editor WILL reach end-of-life on December 31st, 2021. While this seems like it’s far off… These deadlines have a way of creeping up on you! Chances are, though, that by then you’ll already have reworked your WordPress installation anyway, so I feel this is a very fair and ample warning the community has offered.

Upgrading to 5.0 is an inevitability, and I can’t say it will be without turbulence in all cases. This means that upgrading is something to prepare for and carefully conduct when you’ve decided you are ready to commit to the new version. Luckily, there are steps you can take today to prepare and tools that will make life easier down the road.

First, the Gutenberg editor has been available as a plugin for quite some time. It would make sense to download this into your development or staging environment, to test its functionality within your installation – it works on WordPress 4.9.x. Remember, before you do anything such as this, backwards-sync your dev or staging environment with the most current data (content, etc.) from your live environment to have a true test. This will also ensure the live update will progress smoothly as well.

You may or may not be committed to utilizing Gutenberg after doing this test. Luckily, there is a plugin for that too. You can install the Gutenberg Ramp plugin, which will allow you to selectively utilize the new functionality on a per post basis (with a bit of tweaking). We’re recommending this as a good way to test the waters before taking the plunge. And, if you are absolutely sure you do not want to bother with the new editor, then you can simply utilize the classic as I mentioned previously.

Other than the editor itself and what you choose to do in terms of utilizing the new features, you need to also carefully tread around your customizations and Wordpress installation. This being a major update, you will have to ensure that all plugins are compatible with your changes. Any custom plugins you may have built will need to be looked at as well. If you have content that was edited or altered by using plugins that are not compatible with Gutenberg, you’re going to be dealing with quite a mess. This includes any plugins that utilized shortcodes or other modifications to the old WYSIWYG editor.

Again, the only way to be safe is to ensure you process this update on a dev or staging environment that is a direct duplication of your live environment. Do NOT proceed with this update on your live site unless you are absolutely willing to deal with the consequences of such an action. I’ll go a step further – do NOT try to upgrade yourself. Have your agency, developer or at least someone in the know do this for you.

By the way, it's worth noting that I'd predict that shortly after 5.0 comes out, 5.0.1 will appear with further adjustments. So in the days and weeks after the upgrade is out, keep an eye out for an incremental release which may address security concerns or other nits that are discovered as the platform goes into wide use.

My thoughts on the WordPress 5.0 update are mixed. As I said earlier, it seems the community has doubled down on WordPress as a publishing tool. I think that’s great – the origins of the platform are for true content management and publishing. However, the changes to the core editor and the Gutenberg editor are so specific to publishing content that I believe those who utilize WordPress for more complex marketing-driven sites will find the functionality more of a hindrance than a help. In our practice, the most common client we work with is the marketer, those who amend their site on a regular basis in response to metrics and analysis of the same. I don’t see Gutenberg as a tool that will aid or assist them dramatically in their day-to-day tasks. In fact, I see the upgrade cycle as being painful, tedious and stressful for marketers, especially those dependent on a variety of plugins. It’ll add expense, instability and a bit of technical debt in the short term which for many marketers will be a major inconvenience. And, the timing couldn’t be worse – smack between two major holidays in the United States.

Additionally, I do feel that the community took a measured approach to compete with the lower-tier CMS offerings such as the self-service providers (SquareSpace, etc.), but that this may actually result in slower adaptation within the enterprise environment. While live-editing of pages and the ability to control blocks of content are important, and we’ve been a huge proponent of modular design for quite some time, this system isn’t about modular design… it’s about modular content. There is a difference, and it’s our feeling that marketers will do better with a system that allows for modular page creation as opposed to modular content editing.

Of course, I’m sure Gutenberg will get better and better, I’m just unsure if the damage to WordPress in the enterprise will survive that cycle of improvement.

Lastly, it’s worth noting that the entire Gutenberg editor has made the platform even heavier than it was previously. Now you are not only installing a deeply coupled CMS but powering part of the admin via API and a layer of React – the amount of overhead to the system is dramatic. I don’t feel that many corporate or enterprise IT teams will be thrilled about this architecture.

So – should you upgrade? Well, unfortunately, you’ll most likely have to. Like all software, end-of-life is an issue to consider and updating is inevitable. But you should be able to utilize the classic editor without resorting to the new system if you don’t want to. On the whole, the other changes to WordPress 5.0 are relatively benign from an administrator perspective, so, provided your plug-ins work, and your site can maintain stability, an upgrade is worth pursuing.

Need help with your WordPress installation? Reach out today for a consultation! 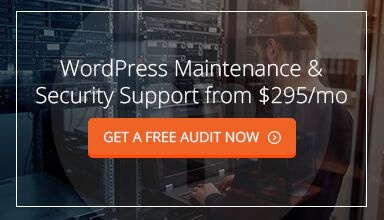