Choosing between web development methods depends on your work style as much as on your project. 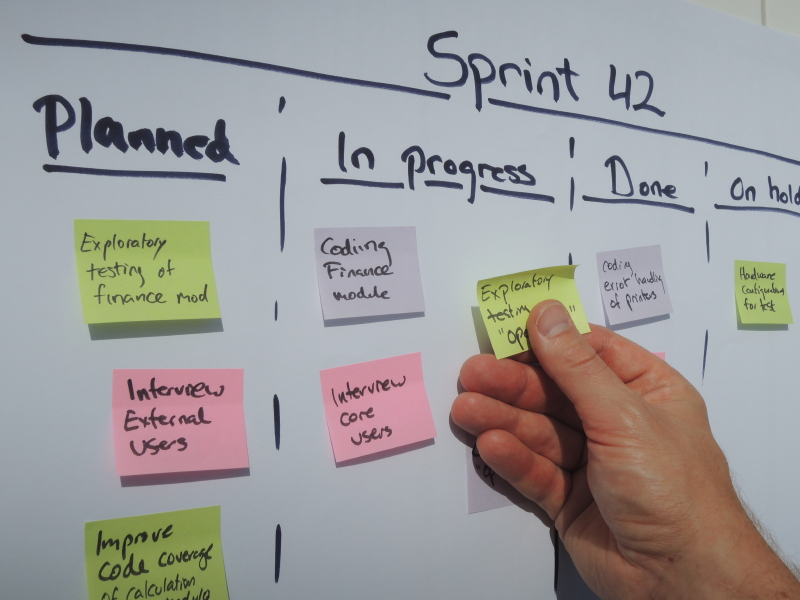 In addition to knowing your project and establishing your budget, another crucial part of your web design and development strategy should be the project management method. If custom web development were poetry, the Waterfall method would be like iambic pentameter and the Agile method would be like free-verse. One provides a quick and stable methodology; the other, while feeling more drawn out, allows for more openness.

So when it comes to tackling a web project, which one is better? Regardless of the wealth of biased information found on the web, we prefer not to see it as one being better than the other, but rather a question which option is better for you and your workflow style.

But don’t worry; we’re not going to have you making that decision blindly. Here are the facts:

The predecessor of the two methods, Waterfall web development is a linear and structured approach where a full specification is developed with phases (conception, initiation, analysis, design, construction, testing, implementation, and maintenance) occurring in the order they were planned. Waterfall is more effective when you have elements of the project already in place; due to its predictability, you’ll know exactly what you’ll be getting, from size and timeline to cost projections.

The upside is, with Waterfall, you end up with a clean-cut and clear project path that rewards meticulous recordkeeping and allows for a very easy prediction of the final product. However, once a step is finished, it cannot be altered without disrupting the process, making any form of alteration problematic. As a result, Waterfall processes are only tested after the fact, so if mistakes are found, well...it’s too late.

When we discuss web development with potential clients, we're often asked about Agile web development methodologies. Slightly newer to the custom web development game, Agile is an incremental design process that came about as a response to the lack of wiggle room offered by the Waterfall method. It’s an adaptive process as the project is split into various models that are operated on over a period of time and then tested and evaluated.

This allows for a more evolutionary style of development, with the programmers and clients working in tandem over a period of time to reach goals. The client retains the services of a team, which—depending on the project—could vary in size. Instead of an overall project plan, the team will progress via micro-projects, or “sprints.” As the project proceeds, there is constant client interaction, allowing for quicker response to directional changes and yields a quicker delivery of a minimal viable product. Agile shines brightest in a project that lacks clear goals or potentially needs heavy alteration or revision over time.

While Agile allows for tons of flexibility, this is a fast-paced, constantly changing approach that doesn’t necessitate precision in goals or recordkeeping. In some ways this is a blessing, but if the project lacks clear direction for too long, it can quickly flounder, creating more heartache (or wallet ache) than it was worth. This method really works best with an experienced set of programmers and a client that is invested enough to put in the time.

Again, the question is much less about what works best; they both work perfectly well and see loads of success in the design world. The question is: Which method works best for you?

Do you have clear-cut goals and are looking for something with a definitive progression? Go with Waterfall.

Or do you want something that will evolve, with the potential of it becoming even more than you had hoped for when beginning the project? If so, Agile is your road.