Is Your Website Secure On WordPress? Not Really. - NP GROUP

WordPress is one of the most common content management systems out there, but that's what makes it more vulnerable to hackers. How safe is YOUR website?

NP GroupBlogTechnology
Is Your Website Secure On WordPress? Not Really.
3 min
By Pete Czech 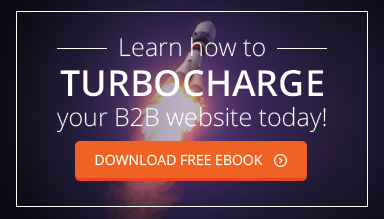 Preparing for PHP 8: What Does It Mean For Your Site?

If you've been on WordPress for a while, you already know that it's become one of the most popular hosting platforms for websites. You've also likely tried to find the right choice in their platform variances. With one hosted (WordPress.com) and another open-source for self-hosting, the latter brings far more customization.

Both variations continue being useful for millions of people and businesses. However, as you use WordPress, you've likely had some worries seeing stories in the media about security vulnerabilities. No doubt you've also read plenty about how often hacking occurs there.

Most recently, WordPress users became a target for hackers spreading ransomware to many websites. Cyber security experts say the hacking spike was sudden, despite analysts not really knowing how the sites became compromised. Unfortunately, this is not the first security threat to WordPress sites, and it certainly won’t be the last.

So how secure is WordPress really?

To answer that question, we need to examine what exactly makes it vulnerable, and how it truly stacks up to the other CMS solutions available.

Why Is WordPress Such An Easy Hacking Target?

The simple answer to this is because WordPress is popular with millions of websites. Almost 60% percent of all sites with a known CMS use the platform, so you can see why hackers find it to be an irresistible challenge.

Some WordPress users don't realize how massive the platform is, and it makes having a website more of a risk. It doesn't stop there, though, on the vulnerabilities. Because it’s open-source, it's basically a gateway for hackers to find methods into hacking any site on the platform.

As soon as a vulnerability is discovered, it’s exploited. That exploitation is then recreated across other sites on the same version of WordPress. It’s one of the myriad reasons new versions and updates are rolled out so frequently—there’s a constant need to patch security holes.

The Dangers Of Themes And Plug-Ins

Despite the site having a loyal team who makes sure the system code is secure, themes and plug-ins are usually created by third-party developers. These get listed on WordPress repositories where the tech team does their best to make sure there isn't any malware.

The problem is that while many design themes get vetted before being posted on WordPress.org, some lemons get through. In this case, it's hackers who create plug-ins with viruses, then give them away online. Some of these end up on WordPress, and they create a hacking doorway when used.

A lot of this doesn't have to happen if you take time to manage your WordPress site, of course. Some people choose to set up a site or a blog there and never expect to do any maintenance. Then they suffer the consequences when a hacking event disrupts everything, leaving the user to scramble for a quick fix.

There are ways to try and keep up with security on a WordPress site, including enabling automatic background updates to get security patches without having to download them manually. These are usually available in four categories: core updates, plug-in updates, theme updates, and translation file updates.

Beyond this, if you’re trying to maintain a business website but continually running into security issues that might compromise your company or your customers, it may be time to move to something more secure, such as a custom CMS. With a unique system built just for you, the chances of being targeted by a random hacker are reduced—there simply aren’t any commonly known security holes to exploit like there are on WordPress.

Of course, graduating to a custom CMS can be quite the undertaking, but the security advantages—in addition to the myriad other benefits—makes it worth it in the long run.