Our thoughts on the New Design Frontier Report & the state of design.

How Design Impacts Business: Our Thoughts on the New Design Frontier Report 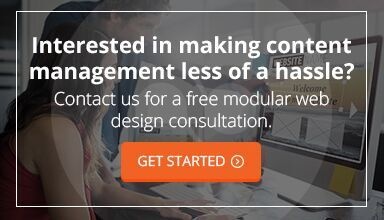 The folks behind Invision, the prototyping tool, just released “The New Design Frontier,” which is an industry-wide report that surveyed thousands of companies, from agencies to enterprise, and explored the correlations between design and business performance. I found it pretty fascinating, and also was inspired to put together some thoughts on the subject seeing how design is central to almost everything we do. In no particular order, here are some things that I contemplated as I read through the report, and how they translate to your situation as a client of design services.

The Gap Between ‘Doing’ and ‘Achieving’

My overall opinion on the state of design today is that there is a gap that is widening between those that view design as a coat of paint and those that see it as an essential tool which with thought and execution can lead to tremendous benefits for both the end-user and the party presenting the interface. This report has finally provided evidential proof that this theory rings true. In my estimation, the most exciting part of their findings is the focus on the different “Levels” of companies and their “design maturity,” as Invision describes it. By “design maturity,” they are referring to those who are utilizing design to build a better bottom line, as opposed to those who are using it to merely achieve a change of visual direction.

The Levels detailed range from Level 1, which is 41% of companies surveyed. Companies in this stage go through the process of designing interfaces – they build wireframes, comps, and prototypes – and their principal focus is improving product usability. From my perspective, this is where 80% of agency work lives. When you dig deeper into Levels 2 through 5, you can see why. Too many agencies are focused on the quick wins, the fast-moving projects, and the ability to turn out work quickly. And this is somewhat referenced in the report, which defines Level 1 companies as “Producers,” an entirely appropriate title. The next levels are "Connectors," "Architects," "Scientists" and "Visionaries." For the most part, unless agencies are reaping revenues of millions of dollars per project, they are sticking to Level 1.

There isn’t anything wrong with Level 1 – but there is a slippery slope of it degrading to what I’d want to define as Level 0 – an arena where design is just for the sake of quick presentation with no thought put behind it. This is where the true bottom-feeders of the industry live – the themers, the agencies who push pixels but don’t know the reasoning behind it, responding to clients who ask for “clean” and “modern” without asking the all-important question: “WHY?”

Invision had some interesting results which they calculated and rendered into a chart (page 11) concerning where design has had the most impact on a company. This details the difference between a Level 5 "Visionary" company and a Level 1 organization in terms of revenue, time to market, cost savings and valuation. The differences were shocking. From a revenue perspective, companies indicated that their design team had a proven impact of 4x versus those who were defined as Level 1 "producers." A cost savings of 5x. Time to market of 6x. And, a valuation of 26x! These are incredible numbers!

Design maturity clearly has an effect on the overall performance and bottom line of organizations. So, if it’s so beneficial, why have so few adopted it? Well, I believe there are a variety of reasons. First off, the workload of Level 5 is substantial. It’s a significant investment of time and resources. It is difficult to convince people to make that level of investment. Though, the study sort of refutes that (more on that in the next section).

Invision does a great job of defining the real reason – it’s merely the level of engagement the company has with design and how that marriage varies in importance amongst organizations. A company of producers defines design as “what happens on screens.” Level 4 companies, as an example, are “scientists” and therefore define design as a “hypothesis and an experiment.” That definition alone gives you an idea of the strategic investment required to enhance your design – it’s an ongoing commitment of resources and a devotion to experimentation on an ongoing basis. The truth is, most companies just don’t want to bother or can’t see design as something that requires such an organizational commitment.

And, for those aspiring to Level 5… That is defined as “Design is a business strategy.” This means it isn’t just a medium but a company-wide pledge to embrace the design process and theory as a core principle of their operation. No wonder there are so few of these organizations around.

As I alluded to, common sense would dictate that companies that are Level 5 would have a larger team and set of resources allocated than a Level 1 organization. But the study refutes this point. In fact, it shows that Level 1 teams are typically larger than Level 5 teams by a margin of 2x.

How can that be?

Well, I have some theories, and Invision lays out their own. I believe that Level 1 organizations have commoditized design and are acting from a reactionary perspective. This has led to the development of larger teams that are more disjointed (a similar claim that Invision makes in the report). I see this reasonably often at client operations, where there is a large production team but it’s scattered, unorganized, and not driven by any core belief system. Invision puts the average team size at a Level 1 company at 30.

On the other hand, they indicate that Level 5 companies have an average team size of 15. And to me, this makes perfect sense. When you are focused not on reactionary production but also on impactful work, strategic thinking and design as a medium that moves the needle, I can see a more mature and smaller team than a factory turning out creative with no particular end goal in mind.

What is interesting in terms of team size is that Level 3 teams, the “architects,” are the largest on average, coming in at an average size of 54 team members. I think this does somewhat make sense, in that at this level the teams are focused on scaling their operation and being as process-driven as possible. Also, I believe that this level is something that many larger enterprises can achieve with some work, while Levels 4 and 5 are still out of their reach without some more soul-searching. As an example, I just don’t see larger enterprise groups embracing an experimental philosophy of Level 4, mostly because they can’t work that fast anyway. And, they surely can’t get to Level 5, because multinational corporations aren’t going to redefine their company around a design philosophy. So, in many ways, Level 3 is the glass ceiling for larger companies, and as such, that affects this overall average resource count.

What does this mean, anyway? Well, I think its reinforcement of the idea that smaller teams can iterate faster and interrupt larger players. The bigger organizations are doing their best to embrace a design process while smaller, more agile teams are capable of experimentation and a design-first philosophy. It makes total sense when you put all of the factors together for consideration.

I found the design maturity by industry findings fascinating, and also somewhat surprising. How can it be that the most significant percentage of Level 5 companies are in the transportation, automotive and delivery space? That seems somewhat unusual. Or does it? If you think car manufacturers, you can definitely see how design factors into everything they do. Mercedes-Benz screams out as a company devoted to design. I think the disbelief in this area is that this segment can also include FedEx, UPS and similar companies where it’s doubtful they care much about design trends.

The most substantial amount of Level 1 organizations are in non-profits, education, and R&D. This makes sense – we don’t see a lot of visual innovation in these places. And, for the most part, they stick to a relatively benign and safe design aesthetic.

Most interesting is where the most significant amount of "Scientists," or Level 3, companies reside. It shouldn’t be shocking: it’s in retail and durables. This makes total sense, as the internet is a medium of commerce, and experimentation has effects on the bottom line. It is no surprise that companies in that space will devote more time and attention to continuous improvements to interfaces, products, and their outbound communications to drive sales growth. However, as Invision indicates, it’s also telling that this space has a large amount of Level 1 companies. They believe this gap is leading to many companies falling behind, which I’d agree with completely.

The detail put into company scale versus level of maturity on page 33 is very interesting but hardly shocking. The smaller you are, the more likely you are to be at a higher Level. The larger your enterprise, the less likely you are to embrace design. In fact, only 2% of large enterprise fall into Level 5. I’d suppose you’d see some names there such as Apple, Tesla – companies that pride themselves on a design aesthetic – you know who these players are.

That reminds me of a great line I heard recently from Seth Godin. Loosely remembered, he asked the following: If Nike built a hotel, what would you expect? And if Hyatt made shoes, what would they be like? Obviously, you can imagine a Nike hotel – because their brand is design-oriented and you can get a sense of what they’d turn out. But Hyatt doesn’t have a “brand” per se - just a logo. Interesting thought.

There is so much I can say about the detailed findings they included in this report. It breaks down people, practices, and platforms across each Level of organization. You really need to download this report to appreciate the depth of their efforts and findings. I must say, someone needs to send them a beautiful gift basket, as this is probably the most comprehensive report of its kind I’ve seen since I’ve been in the business. And it’s been a while!

How Does This Relate To You?

A report of this quality and comprehensiveness almost always leads to introspection. For our clients, I want everyone to review this and contemplate where they are now, and where they want to be. Your future desired state probably doesn’t lean towards being a Level 4 or Level 5 organization! But, that doesn’t mean you can’t take some of the findings and affect what you are doing.

I believe that depending on the goals and objectives of your apps, websites and other experiences, you can slowly amend your approach to design to a happy medium of what you can actually achieve within your corporate structure today. I’d love to see more clients embrace the idea of Level 4 – experimentation. But, there isn’t a likely opportunity for many to build a design team of that scale to allow for the iterative nature of the practice. So, what can you do in-house, and what can your agency provide to allow for an improvement in your production, an increase in your experimentation and an overall positive impact on your bottom line? At the end of the day, those are the types of questions you need to ask yourself as you read a report such as this.

A Quick Note of Gratitude

I think it’s essential that we, as an agency, and the industry as a whole, send thanks to Invision for putting this together. I know it was a serious undertaking that required a massive commitment of resources. Kudos to them for the effort and the accomplishment!